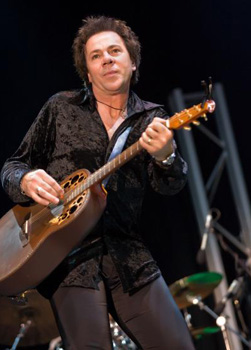 The Dynamic Recipe for Electrifying Entertainment.

Patrick McMahon is an outstanding entertainer either with the classics of Neil Diamond and many other profile entertainers. His repertoire extends to Bob Dylan, Johnny Cash, Steve Earl, Robbie Williams, Willie Nelson and many more.  Close your eyes and you would believe that you were listening to the original performer.  He has supported international artists such as Cliff Richard, Joan Rivers, Dionne Warwick and Charley Pride.

For over 10 years the phenomenon of Patrick McMahon has captivated audiences from all over Australia and North America.  From his early, humble beginnings on a small farm in the south west of Western Australia, he has steadily risen to achieve acclaim and stardom in the music business.  Whether it be his magnificent 'Hot August Night' Neil Diamond show or tribute to the greats, Patrick delivers a performance nothing short of earning the title 'Superman of Entertainment'.