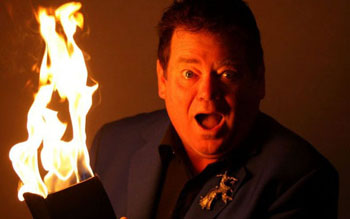 Alan Watson has pulled a few tricks over the decades which have surprised and delighted his audiences, but the Auckland magician was the one left stunned to find himself on this year’s New Year’s Honour’s list.

“I have never seen this before; I am quite surprised,” he says of receiving the QSM “for services as a magician”.

He says he has no idea who nominated him for the award and wondered at the detail in the biographical note issued by Government House.

“I was astounded, where did they get all this information from?”

Once it settled in Watson decided it was a thrilling award for New Zealand magicians.

“Our art form is going to be recognised with a royal honour.”

His grand uncle was a magician in World War One and the magic wand has been passed through the generations. His 15-year-old Oamaru grand-daughter has won age group national honours already.

He has been a member of the International Brotherhood of Magicians for more than 33 years.

He has organised more than 100 international lectures on the art of magic.

In the last 10 years, he has arranged $70,000 of sponsorship for young magicians to attend conventions and lectures in New Zealand and Australia.

Since the 1990s, Watson has served in a voluntary capacity as New Zealand representative on several international magic societies, including the Society of American Magicians and The Magic Circle, London.

Watson was the resident magician at Auckland’s Rainbow’s End and is now a resident at the Waipuna Hotel and Conference Centre.

“I’ve always had plenty of work.”