Terry Williams does not engage in vague motivational rah-rah. It’s entertaining, interesting and a set of practical tools to takeaway and put into practice. He's a trainer originally by trade and the comedy is a means to an end. 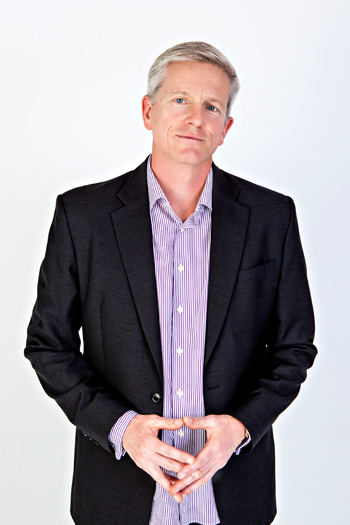 His new presentation is around change and resilience. This brand-new presentation is all laid out at 2dangerousthingsayear.com. It’s of benefit for companies or organisations whose people or clients are preparing for inevitable stresses and changes, as well as professional associations wanting to experience a session with practical, relevant and appropriate content that is interactive, memorable, and engaging.. The underlying theme is ‘test yourself now so you’re ready when life tests you later,’ Recently presented  to 300 educators and 200 bankers and it rocked the house – funny, relevant and with well-researched practical takeaways.

Click for an 8-minute clip from a TV interview about his personal ‘2 Dangerous Things A Year’ story.

This is a session for people preparing themselves or their team for change. Most people are unprepared for change. You'll learn why. You'll learn how to D.I.Y. your ‘Danger DNA’ to get past those obstacles, build momentum & muscle through when it's tough. Engaging & entertaining, this distinctive session starts with Terry's own story of doing 2 dangerous things a year, with a particular focus on becoming a comedian while still being a business professional. It flows into a series of practical takeaway tools for anyone to better handle change at work and in life.

Terry Williams is an expert, author & motivational speaker on engaging people. He's a trainer and facilitator for over 25 years, and also a columnist in 'Employment Today' magazine. His book 'The Brain-Based Boss' takes psychological research and makes it interesting and useful for people wanting to engage the people they work with or influence. His book ‘Getting Better Buy-In’ tools up leaders to move their people to move with them.

He is also a comedian, performing in several New Zealand International Comedy Festivals.

His popular topis are;

The brain based boss

"Terry presented imperative information for business leaders on how to influence the people around them in a very humorous manner. He highlighted the importance of how your influence as a leader is measured more on how your teams act while you are absent as opposed to how they act while you are there. 83% of attendees (senior finance managers) rated Terry as excellent." – Megan Alexander, General Manager, Robert Half International

“Terry’s session as Keynote Speaker finished our conference on the ‘high’ that we were looking for. His very humorous session gave us skills to apply not only in our businesses but also in our personal lives.” - Brian Berry, Rothbury Financial Services

"I was very impressed on how much content you were able to cover in a short amount of time. Your delivery of the content was even more impressive. I would have no hesitation in recommending you."
- Cilla Waetford, LabTests

"Terry rocked our world! We got him to do a routine at a celebration event for our worldwide team combining comedy & activities. Terry had us rolling around the aisles. Thanks Terry for a great event." - Graeme Lord, GM Oyster Bay

You can trust veteran MC Terry Williams to drive your conference, event or team gathering towards your goals, reinforcing your messages and facilitating networking. Terry can present and MC and provide evening comedy entertainment. With that rare mix of an extensive business background as well as comedy ‘chops’, he can tweak his performance to suit any occasion – from hosting V8 races to facilitating networking amongst a collegial bunch of professionals in-between drinks to running hilarious gameshows for international wine tasters to conducting academic panels to introducing Cabinet Ministers at formal functions and so much more. Many events spend more on table settings than on their MC but how many events owe their success to the table settings? Invest in a professional.

"Terry is an engaging presenter and works well in small/large group situations. In my case we were wanting to use a comedy ‘bent’ to not only better engage with our customers, but also find innovative ways to consider issues, find solutions and of course ‘connect’ people. Highly recommended." - Jason Roberts, Marketing Manager, Zeacom