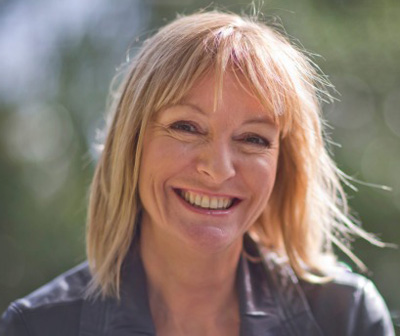 Susan began her career in journalism in 1979 as a print reporter for the Bay of Plenty Times[1] before moving on to The New Zealand Herald in Auckland to work as the court and then police reporter.

She began her career with TVNZ in 1985 as a reporter for the then-network news (simply called News) and the regional news show Top Tux. She was the first Australia correspondent for ONE Network News.

Wood also hosted the lifestyle series' Open Home and New Zealand Living, was Paul Holmes' regular fill-in on Holmes (in some years, the credits were altered to show Holmes with Susan Wood as the title), presented Frontline and Assignment and was the original presenter of Midday and Breakfast. She co-presented Breakfast with Mike Hosking for two-and-a-half years until she left the early-morning show to host Today Live, which ran for two years.

On 2 November 2004 The Holmes show ended immediately and was replaced by a new current affairs show, Close Up, which was the same as Holmes in format, with Susan Wood as the new host.

She is back as the host of the TVNZ current affairs program Q&A after an accident which sidelined her for nearly 6 months in 2015. She is also a regular backup talk show host on popular radio station Newstalk ZB.

Susan is a dynamic and professional MC perfect for an event that requires sophistication and the utmost professionalism as well as a well known Kiwi personality. Susan will deliver to a brief and is a very skilled ad libber.

When it comes to facilitating high level forums and adjudicating panels Susan has no equal.