If you have not heard of this guy you're either dead or haven’t been born yet! Steve Gurney is one of the finest endurance athletes in the world. He has won the Coast to Coast - the unofficial World Multisport Championships - a record nine times. 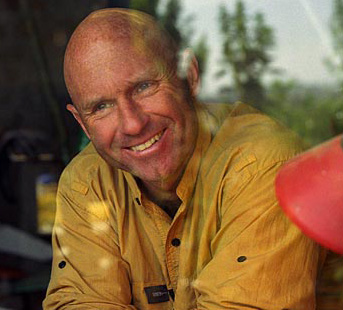 He won the Coast to Coast a couple of times…

Invented a record-breaking Pod bike, a kayak with wings and an anti-gravity paddle levitation device.

First nudist on NZ breakfast TV ( did you choke on your Weetbix? )

Fought back to win the Coast to Coast 7 times more in a row, a record 9 total.

Waxed his entire body for Dancing with the Stars.

Awarded an MNZM (Members of the New Zealand Order of Merit) gong for services to Endurance sport.

Crossed the searing Sahara by wind-power.

And travels the world adventuring and speaking.

Adventure racing builds on this concept, with the entire team having to complete the race together in order to win. Using the team building skills from my solo racing, I was able to win, with my teams, 12 international adventure team races.

Let me share what I have learned about building winning teams to make your team the most successful in your field."