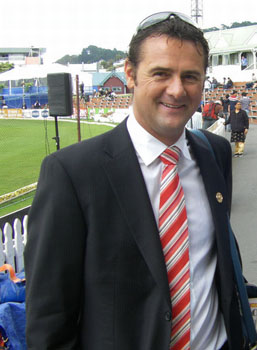 His undoubted career highlight was his 7 for 65 in the inaugural Boxing Day Test against India in 1998. The performance was a personal best, and the fourth best by a New Zealander in Test cricket. It included the first five Indian batsmen and set the scene for a New Zealand victory. He made a seamless transition to the commentary box. Simon is kept busy these days as a cricket commentator for New Zealand's SKY Sports.

He is an excellent celebrity speaker. Anything to do with cricket, as an after dinner speaker and as an MC. Consider Simon Doull