Scotty "Sumo" Stevenson is a SKY Sport Rugby Commentator and Editor of SKY Sport the Magazine. His humorous style has made him one of the most popular media personalities in New Zealand. 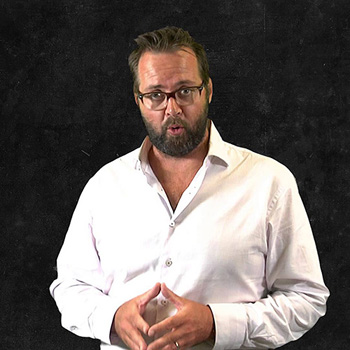 Broadcaster and writer Scotty Stevenson joined SKY Sport in 2007 and has refused to leave. Rugby has been his passion and he continues to work as a commentator, reporter and presenter for New Zealand's national obsession.
He has also covered the Olympic Games, Olympic Winter Games and Commonwealth Games. Scotty was appointed Editor of SKY Sport - The Magazine in 2011, and was named New Zealand Magazine Sport Feature Writer of the Year in 2012. Scotty is also a weekly columnist for The Spinoff. He has written two best-selling sports books, Cory Jane: Winging It (2015) and The Kiwi Pair (with Hamish Bond and Eric Murray, 2016). His latest "best-seller" "Beaver" will be released in August 2017 and will chronicle Stephen Donald who etched himself into All Blacks folklore with that 'kick' in the 2011 Rugby World Cup final at Eden Park. Donald, one of the country's most popular All Blacks, had not originally been wanted for the World Cup squad. He was whitebaiting in the Waikato and effectively off the rugby grid when the SOS went out for his services. The rest, as they say, is history.
He still treasures the experience. He is SKY Sport’s youngest rugby commentator and continues to call ITM Cup and Super Rugby matches, and was one of SKY Sport’s commentators for Rugby World Cup 2011. His matches included the blockbusting Romania v Georgia clash, during which, it has been asserted (and refuted), he made up every name.

Today, as well as being a member of SKY Sport’s match preview and commentary team, he is host of SKY Sport’s global rugby review show, Rugby Zone, and editor of SKY Sport the Magazine. He was named New Zealand Magazine Sport Feature Writer of the year at the 2012 Canon Media Awards. Scotty is regularly asked to MC events and is regarded as a relaxed and entertaining interviewer. He has in the past undertaken speaking and MCing roles with many of New Zealand’s rugby unions as well as some of New Zealand’s largest companies.