In 2010 Sam started the internationally acclaimed Student Volunteer Army that mobilised 11,000+ students via Facebook to clean up Christchurch following the devastating earthquakes. 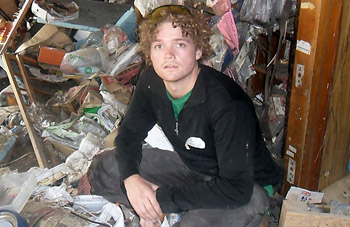 The Value of Contribution TEDx Christchurch

​Sam Johnson is one of New Zealand’s most inspiring young citizens. His relentless energy to mobilise people around ideas has a magic ability in building movements that matter! A farmboy turned social entrepreneur, Sam’s work is on the leading edge of using the collective to overcome the bureaucratic – shifting our belief system about what is possible when teams, organisations, and communities authentically connect and build empathy.

Sam became a household name in New Zealand when he started what has become New Zealand’s largest volunteer movement – the internationally acclaimed Student Volunteer Army. The movement has 3000 tertiary members and most recently 29,000 primary school members across 976 schools. What started as a small social media page after the devastating Christchurch earthquakes has been mirrored across the globe as a movement for impact, not an organisation for ego.

Awarded Young New Zealander of Year for his leadership, Communicator of the Year for his honest media commentary and a Sir Peter Blake Leadership Award to remind him never to rest on success; in Sam’s world, there is no moment worth missing out on.

Sam’s latest venture, WeVisit, takes the Student Volunteer Army to the next level by connecting younger and older people to share value – hoping to change everything we currently understand about ‘care’ and ‘helping.’

Sam is an Adjunct Fellow in the School of Education and Leadership at the University of Canterbury, #17 on the Readers Digest Most Trusted New Zealanders list, a member of the Ministry of Youth Development Partnership board, Westpac Sustainability Advisory Board and current Secretary of the International Association for Volunteer Effort.