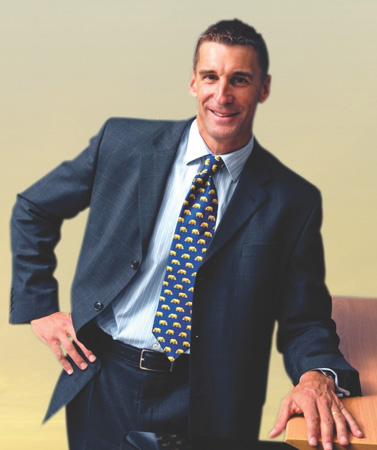 Rory Steyn has had a unique career, to say the least.

After rising through the ranks of the South African police force, Rory ended up chief of Security and personal bodyguard of Nelson Mandela. What Rory learnt from the man, once seen as a terrorist by South African authorities, changed his life forever.

"I was a cop for 18 years and in those days, we were trained in the ideology that the freedom liberation movements were considered the enemy. The problem with police is that they are the ones that enforce the laws and if the laws are unjust ones, such as those that were on the statute books under apartheid, then those are the ones that you enforced, so we considered them to be terrorists."

"It really only happened in 1994 when Mandela became President. Four years earlier when then-President F W De Klerk released Mandela from prison and removed the bans on the ANC and a bunch of other political organisations, I didn't believe any of the stuff he was espousing when he came out of prison saying things like, 'South Africa is for all her people both black and white ...', I'm going, 'Yeah, yeah, of course you're going to say that, that's the party line'. I didn't believe it for one second, I thought all that reconciliatory talk was just a facade."

"I just considered it to be untrue, a politician being a politician, saying things that are expedient at the time."

"It was only when I began to engage with the President and watch him, bearing in mind I was very privileged to be in the position that I was, it only took a matter of months for me to see that it wasn't a facade, that he was genuinely committed to reconciling black and white South Africans and to build a nation."

"That was his main agenda - nation building - and of course he'd had 27 years in prison to sit and contemplate what he was going to do."

"He came out with a very precise, very well thought out agenda of stretching out the hand of reconciliation and not doing what anybody else, me included, would have done and get your own back on those who imprisoned you."

In 2001, Rory Steyn released his memoir, One Step Behind Mandela.

Rory watched Nelson Mandela, up close and personal, as he led the racially divided nation from the brink of bloodshed to unexpected levels of paeace and stability.
What Rory learnt from the man, once seen as a terrorist by South African authorities, changed his life forever.