Ray Avery was named the 2010 New Zealander of the Year. The award recognises Kiwis who make a major contribution to the nation and inspire through their achievements. 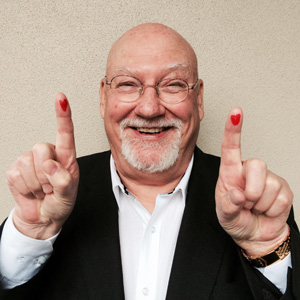 A former street kid Ray went on to become an internationally recognised scientist and entrepreneur.

A founding member of the Auckland University School of Medicine, Department of Clinical Pharmacology and former Technical Director of Douglas Pharmaceuticals who, over the past thirty years, has made a major contribution in the development of New Zealand’s Pharmaceutical industry.

Working throughout Africa and Asia and exposed to the raw and real shortcomings in healthcare, Ray was determined to use his knowledge of Pharmaceuticals, Science, Project Management and Product Design to tackle big health issues endemic throughout the developing world at a very practical sustainable level.

In 2003, Ray founded Medicine Mondiale and using his contacts, and charisma he enlists the help of other scientists, and social entrepreneurs to work with him.

Today, an International network of scientists, technologists together with New Zealand companies and Nobel Laureates’ support him and somehow everyone finds themselves donating their time and knowledge for free and they are rewarded by making a difference.

Ray has also invented the Acuset IV Flow Controller which was a finalist in the 2008, Saatchi & Saatchi World Changing Ideas Award, and Proteinforte a revolutionary treatment for Protein Energy Malnutrition and the low cost Lifepod infant incubator specifically designed for use in the developing world

His work has been recognised by his peers and he has received numerous awards including a Rotary Paul Harris Fellowship, The Bayer Research and Development Innovator Award 2008, World Class New Zealand Award for Biotechnology 2009,TBWA Disruption Award 2010,Kiwi Bank New Zealander of the year 2010.The Blake Leadership Medal 2010 The Ernst and Young Social Entrepreneur Award 2011.

Ray is also the Patron of the Non Resident Nepali Association of New Zealand a position previously held by Sir Edmund Hilary and is Chair of the New Zealand Health Innovation Hub and the New Zealand Plunket Foundation. 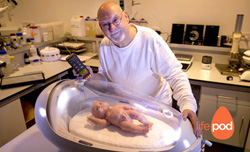 In 2014 Sir Ray and his team launched a world-wide a campaign to raise $2 million dollars for the production of the breakthrough Lifepod Incubator that will save the lives of newborn babies in developing counties at a tenth of the price of present incubators, which can cost up to $30,000, breakdown and are unfixable in third world conditions,

‘We had to do something bold to raise funds, the opportunity to make a difference and save lives of the most vulnerable is too important for us to not make the final hurdle,”