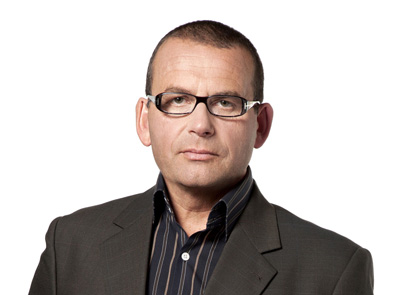 Paul Henry is outrageous! Born in New Zealand he was educated in England and got into media working for BBC Radio & Television and with Sir David Attenborough on the 'World Around Us' series. After returning to New Zealand, he worked as a producer on National Radio. During these years in broadcasting Paul hosted shows on TVNZ, was a breakfast host, a network newsreader, producer, and senior manager for

There would be few people who have worked in such diverse roles as Paul. He has worked as a foreign correspondent, has reported extensively on conflicts, famines, wars and world events, travelling into the jungles of the Congo to search for NZ hostage Douglas Kear and has worked for a number of aid agencies worldwide including World Vision. Paul travels extensively around the world when he has the chance and travelled to Tibet (Mt Everest) & Nepal to film an "Intrepid Journey” for TVNZ. Loves the USA.

In New Zealand he hosted the 2007 series of This is your Life and was a popular host of the Radio Live Drive Show.  After numerous controversies on morning talk show Breakfast which he hosted between 2004 and 2010, Paul's style caused much controversy! Ultimately he and TVNZ parted company. He then moved to rival Mediaworks.

In 2012 Paul made a high profile departure to Australia to co-host the Ten Network’s new morning show, Breakfast. After Breakfast was cancelled, Paul pursued other interests and spent time with his family and travelling overseas.  He joined TV3’s News and Current Affairs Division to create The Paul Henry Show which launched in Feb 2014 to strong ratings.

Paul has written two bestselling books, autobiography What Was I Thinking? and Outraged, a collection of essays. In March 2015 launched his new TV3 breakfast show which has returned Paul to our screens and simulcast on radio.

Paul is an experienced and engaging speaker with an excellent sense of humour - his intelligent, direct and natural style has given him a reputation for being provocative and unpredictable and he's in demand to speak or to MC at a variety of events. His availability is limited unfortunately.