At age 16 Nathan Fa’avae was struggling to find his identity.Like many teenagers, he was drinking and dabbling with drugs. 15 years later he was a professional athlete, ranked number 1 in the world in the grueling sport of Adventure Racing. 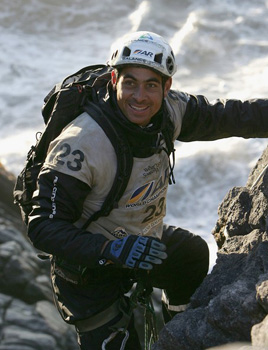 Nathan Fa'avae has been one of the best all round adventure racers in the world and Captain of Team Seagate - the highly successful New Zealand Adventure Racing Team.

At age 16 Nathan Fa’avae was struggling to find his identity. Like many teenagers, he was drinking and dabbling with drugs. 15 years later he was a professional athlete, ranked number 1 in the world in the gruelling sport of Adventure Racing.

Nathan is an expert navigator with a broad range of skills and experience in the outdoors. As a professional outdoor instructor, Nathan is no stranger to sleeping on the ground, having wet feet, being attacked by mosquitoes and long days in the mountains with a heavy pack on!

Adventure Racing is a 4-person co-ed team where teams race on courses for up to 7-days, typically covering 500-700km. The core sports are kayaking, mountain biking and running. He has raced in 28-countries around the globe, in every environment imaginable.

The sport of adventure racing tests athletes to extreme limits and the training required to race at the elite level is phenomenal. His career has been Outdoor Education and Adventure Tourism, the highlights being an Outward Bound Instructor and founder of an award winning sea kayaking company in the Abel Tasman National Park. 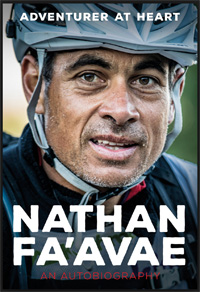 His entrepreneurial interests include being Director of 5-companies. In his community he is the Patron of the Whenua Iti Outdoor Pursuits Centre.

His sporting career has spanned more than 20-years, including podium finishes in the Coast to Coast, qualifying for the 1996 Olympic Games in Mountain Biking and arguably the highest achieving Adventure Racer in the sport.

Perhaps his biggest challenge has been dealing with a heart condition which threatened to end his sporting career a number of times.

An inspirational speaker and great communicator, Nathan's philosophy on life is to achieve happiness by doing the things that bring you joy. His presentations, which draw parallels between sport and business, cover how to know your capabilities and how to make a plan and stick to it. Nathan highlights that great things can be achieved if one can be open to possibility.

Nathan lives on Kina Beach in Tasman with his wife and three children. If he’s not answering his phone, you’ll find him at his local golf course.

In 2015 he released his autobiography, Adventurer At Heart, which won the major award at the NZ Mountain Film Festival in 2016.