Murray was named one of New Zealand’s Top 10 Entrepreneurs of the decade by NZ Business magazine and we’re not surprised, especially with his more recent creation 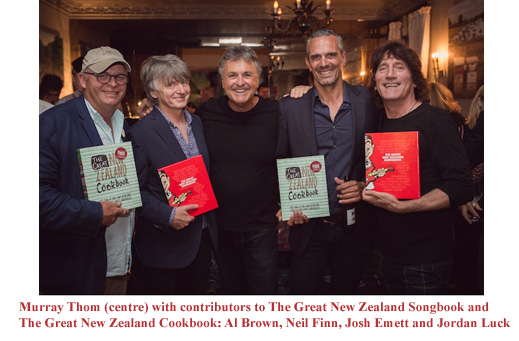 Murray Thom left school at 15 with no qualifications. By the age of 23 he was Managing Director of CBS Records New Zealand, the youngest Managing Director of that group in the world. With a strong desire to be self-employed he left the corporate life to “have a go” on his own.
Murray’s boutique music company, Thom Productions, has enjoyed great success and two of his creations: Together and Miracle have both featured on the Oprah Winfrey show.
Other initiatives include The Great New Zealand Songbook, The Great Australian
Songbook and a commission from the Dean Martin Estate in the US.
In June 2014 Murray released The Great New Zealand Cookbook which went on to be named category winner for ‘Best Easy Recipes’ at the Gourmand World Cookbook Awards.
Following this successful format, this franchise has now been released in Australia, South Africa and Britain and production is under way for America.
Murray’s other passion is sailing and in 2005 he won the World Laser Masters championship in Brazil and in 2017 won silver at The World Masters Games.