Miriama Kamo is the presenter and a reporter for TVNZ’s flagship current affairs programme, Sunday. 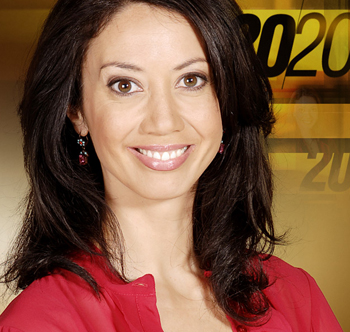 "Sunday features the country's finest journalists and craftspeople.  It's a privilege to front their work, a team the country trusts and that I admire."

A founding Sunday team member, Miriama has relished working on the stories that matter to New Zealanders.

She names her investigation into alleged historical abuses at Porirua Hospital as a career highlight:  “It’s a story which affected me deeply, reminding me that people are at the heart of every story we tell, and that often we have the opportunity to create a platform on which resolution and healing can occur.”

The investigation led to her being named Best Current Affairs Reporter at the 2005 Qantas Media Awards.

Miriama has worked across most of TVNZ’s stable of news and current affairs programmes, including 20/20 and 1 News at Six.

As a newsreader, Miriama has been at the forefront of many major NZ events, including the Pike River Explosion, the passing of Sir Edmund Hillary, and the Christchurch earthquakes.

"Marae is a vital and inclusive platform for Māori issues."

A writer, Miriama’s work has been featured on news sites and online publications and in magazines. She recently published her first children’s book.