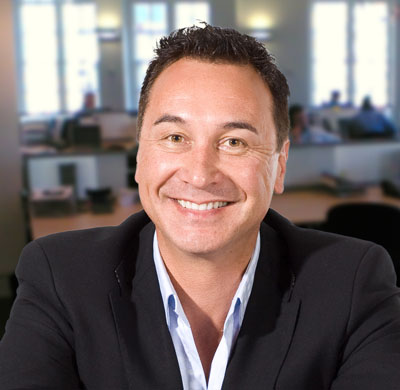 Mike Pero is one of New Zealand's more recognised faces when it comes to business and brands. Today he is still the public face of the nation's fastest growing real estate company and also the best known mortgage broker brand, Mike Pero Mortgages. The franchised mortgage broker has arranged more than $8 billion worth of loans for New Zealanders. Since Mike started the business in 1991 and to this day remains a part of the furniture. Today his focus is on the new real estate company - Mike Pero Real Estate, which commenced trading in 2011. What Mike has proven is that you don’t have to be a Harvard Scholar to build a successful business – you just have to be driven and committed.
Mike has proven that with his name, face and brand he can enter a highly competitive real estate industry (at a national level) and carve into his competitors territory with ease. Since 2011, and in its first three years it’s growth path has made Mike Pero Real Estate the fastest growing real estate brand in New Zealand history. Its first three years trading and financial growth also made MPRE a Deloitte Fast 50 company – number 23.

Mike attributes his business success to a strong branding message – this strategy has held Mike Pero Mortgages up front as a clear market leader in New Zealand. Prompted brand awareness in New Zealand is 94% (Colmar Brunton survey) and is an indication of how effective marketing and public relations has driven this brand to an almost iconic level within the finance industry. Mike finished school at only 16 years of age and admits he has enjoyed his varied career paths. Being brought up in the east of Christchurch had its setbacks, but it in hindsight it taught young Michael to reach for the stars. Mike’s dad was Rarotongan and his mum was born in England – he credits them both for his attributes and success today.

It hasn't been all plain sailing though. Brought up in the poorer parts of Christchurch, Mike left school at 16, with only basic School Certificate subjects. It was only after he left school that Mike realised he had an inbuilt desire to succeed. From then on he was able to set and achieve goals by using some very basic principles.

Mike is six times a New Zealand Motorcycle Road Racing Champion. He still holds the New Zealand land speed record for a 350cc Motorcycle. He is a qualified Motorcycle Mechanic and by direct contrast he qualified and worked as airline pilot. In 2001 he decided to lead by example in New Zealand Motorsport and went about developing a new and commercial level in the V8 Touring Cars with a successful Holden Racing Team. To add to the colour Mike took to driving one of the team’s V8 Commodores and won the Liquor King Drivesafe 500 (with co-driver Steve Rae).Mike continues as a regular competitor in Post Classic Motorcycle Racing on his former Yamaha GP machines both here and in Australia.

His marketing is somewhat unique, and his concepts and philosophies can apply to any business or organisation. Mike Pero and Mike Pero Mortgages have won three Pacific Business Awards (1999; 2003; 2007) and earned the company 'Supreme Franchise Award' at the annual Franchise Association of New Zealand awards in 2003. Mike Pero and his team produce more TV Commercials in its own office each month than any other TV advertiser in New Zealand.

In 2005 Mike bought into a small hobby styled business. Mike added funding, structure and his marketing expertise, and as the CEO was able to drive the business to open a new commercial opportunity not yet seen anywhere else in the world. Today known as Flight Experience™ the company has grown from one small workshop to a multi-million dollar export earner. It replicates the Boeing 737- 800 cockpit and closely simulates the real aircraft in flight where members of the public get to have a go. The company has a presence in Australia, New Zealand, Singapore, Hong Kong, Bankok, France, Kuwait, Jakarta and Boston.

Mike is popular at all levels and prides himself in the simplicity of getting the basics right. He’s always happy to share his knowledge and relate (or tailor) his experience to the audience at hand. His presentation style is simple, positive and upbeat and his use of AV reinforces his message.

Today Mike is still very much in the front line of business marketing – he is a shareholder, director and the CEO of Mike Pero Real Estate, and he is continually working on new business initiatives.

Mike will tailor each keynote presentation to specifically meet the needs of each audience and industry he is addressing.