Mike King is the 2019 New Zealander of the Year for his work as one of New Zealand's leading advocates on youth suicide and mental health. 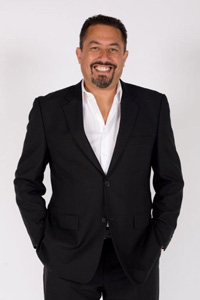 Watch this video; Mike King: Young people are feeling completely disconnected
In February 2019 Mike was announced as the 2019 New Zealander of the Year. Immediately Kiwibank doubled its donation Mike's youth mental health charity to $100,000, following a social media campaign that went viral within a week. The company says more than 185,000 Facebook users have uploaded the I AM HOPE frame as their profile picture after they partnered with Mike to raise awareness of depression.

Mike King has for years been known as Mike King the Kiwi entertainer but that role has changed dramatically over the last 10 years ever since the conception of his radio show The Nutters Club back in 2009. The show evolved from Mike’s own experience of mental illness and addiction and has become a huge success with it now airing on Newstalk ZB weekly on a Sunday evening and currently filming the 4th series for Maori Television. With a Facebook fan base of over 17,000 the aim is to ‘forever change the way people feel, think, talk and behave in relation to mental health’.

These days Mike is better known for his work as a prominent mental health educator with the work he does under his charity The Key to Life Charitable Trust, which aims to reverse the population trends of depression and suicide by effecting a positive social change.

Mike takes a completely unorthodox approach and is getting out into schools to talk with the youth and talk with the communities, engaging them so that the conversation will continue and not be swept under the carpet any longer.

Although suicide prevention is the big picture Mike doesn’t actively discuss it but concentrates on delivering a hopeful message and connecting people, services and resources within the community. He must be doing something right because The Key to Life continues to receive numerous requests weekly for Mike to visit schools and towns throughoutNew Zealand.

He has tremendous support for his work from the likes of Sir John Kirwan, the former Minister of Health Peter Dunne, professional backing from Dr David Codyre (MBChB, FRANZCP a highly respected psychiatrist for 28 years working in the community mental health sector, Health and Disability Commissioner Lynne Lane and most notably Chief Coroner Judge Neil MacLean who is at the coal face of the suicide epidemic that NZ faces.

Mike is passionate about his cause and gives his time daily to it. Whether it be mentoring young men and women on a one to one basis or visiting schools Mike is always delivering his message of hope in some way or another.
If you are looking for an inspirational, motivational speaker Mike is your man. If you are looking for the fun and humor you know synonymous with the name Mike King he can give you that, Mike still delivers his trademark comedy and can entertain a crowd of any description.

A lifetime of experience with all manner of audiences ensures that he will be a success at any event.