Millennials (Gen Y and Gen Z) are the future of any organisation. Michael knows how to tap into this potential 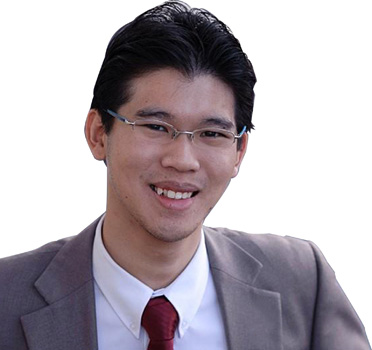 Michael Teoh is the Founding Director & Lead Consultant of Thriving Talents, a talent development solutions company focusing on assisting companies to Attract, Retain and Grow the largest population of the global workforce - The Millennials. Since 2012, he has worked with many Fortune 500 companies across 38 countries, in the fields of Investment Banking, I.T., Manufacturing, Services, Retailing and Governments. He is the Global Advisor for Microsoft and SAP on ‘Millennials (Gen-Y & Gen-Z) Development’ strategies and is a Special Advisor to the President of the World Youth Parliament based in Geneva, Switzerland.

He had also shared the stage, speaking and motivating thousands of people globally, together with Sir Richard Branson of the Virgin Group and Mr. Tony Fernandes of Air Asia. In 2014, President Barack Obama made a guest visit to one of his training sessions and delivered an address to the youths across the world and in Malaysia.

Their consulting, soft skills training for youths and project works have received recognition from  the United Nations, Microsoft, Intel, Allianz, CNN and was awarded the prestigious McMillan Woods 'Talent Development' company of the Year alongside with Hong Kong legendary superstar, Jackie Chan in Kuala Lumpur this year. He was also featured on CNN and BBC World News globally for his achievements and contributions to the youths. In 2013, he was recognized as Malaysia's National Youth Icon for his efforts in 'Nation-Building & Youth Development' by the Prime Minister alongside World's No.1 Badminton Player, Dato' Lee Chong Wei and World's No.1 Squash Player, Dato' Nicole David. In January 2015, he has been inducted into the ‘International Eminent Young Persons Council’ in Switzerland

Being an avid young investor, Michael has diversified investment interests in Properties, Precious Commodities, Stocks and had most recently entered into the Food & Beverage industry in Thailand, by being one of the pioneers of ‘Bao Bao Bah Kut Teh’ – A pioneering franchise chain of fast food Bah Kut Teh restaurants in Thailand.

A business student from Auckland University of Technology (AUT) in New Zealand, Michael had furthered his studies in executive programmes and special courses in Harvard University, Stanford University and INSEAD. He is currently an Advisory Board Member of India’s 4th Best Business School – GIB S Business School and an Honorary Fellow of the Royal Commonwealth Society of Great Britain in the U.K. He is recognized as Malaysia's Top 40 Under 40 Personality by PRESTIGE and CLIVE Man of the Year Awards in 2010.

He has over 12 years of accumulated experience in Branding, Business Management, Education, Training and Global Business. He was the Co-Curator of Asia's largest TEDx event, known as TEDxKL and is currently sitting on governmental boards, advising Ministers and CEOs on young talents development and direction