Michael Hempseed is the author of Being A True Hero: Understanding and Preventing Suicide in Your Community. 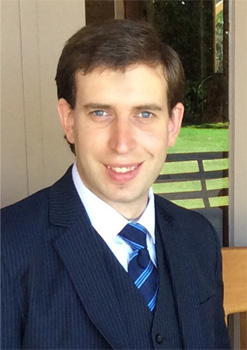 The book is being used by the New Zealand Police, Fire and Emergency NZ, GPs, Counsellors as well as many parents and teachers. He has trained everyone from army medics to social workers to health and safety companies. Michael gained an honours degree in Psychology from the University of Canterbury in 2008. In 2016 he spoke at TEDx.

In New Zealand sleep is often the neglected but critical factor in preventing suicide and mental illness. We know that most suicides happen between 12 am and 3 am, we also know that people who die by suicide often have incredibly poor sleep in the weeks before their death.  In addition to this, it is believed that fatigue kills more people on our roads than drugs and alcohol and fatigue is the leading cause of workplace accidents and deaths.

There are many factors that play a role in poor sleep from racing thoughts, childhood trauma and a sense of failure. Michael looks at how trauma significantly disrupts our sleep and offers suggestions of therapies that can help these people get a good night’s sleep.

In this funny, shocking and informative talk, Michael explores how sleep is vital to our wellbeing, what causes poor sleep in the majority of the population, how poor sleep can be addressed and significantly improved. He concludes with his signature talk on overcoming failure.

Michael is happy to adapt his material to any audience, from community groups to businesses, to GPs.

"Department of Corrections staff highly valued Michael's entertaining and thought-provoking session focusing on stress, sleep and overcoming a fear of failure. His content was fresh and tailored to our unique environment. The research provided new-found knowledge and unexpected discoveries leaving staff feeling informed and invigorated."

"Michael's presentation ‘Understanding Suicide and it's Causes’ was flawlessly delivered and with very engaging content. Given it is such a sensitive subject, it’s a credit to Michael that people came away feeling informed and inspired. I have received much feedback from attendees saying this was one of their favourite presentations of the day."

"Michael holds a wealth of knowledge in the space of mental health, suicide and young people. He delivers that information in a way that leaves the receiver feeling empowered to use that information within both their work and personal lives. Michael's sensitivity to difficult topics such as suicide is apparent and perfectly presented."