Melodie Robinson is a media personality with credibility in the sporting world and a professional wealth of experience. 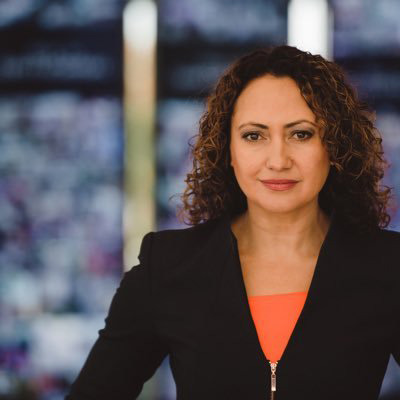 Melodie Robinson is a well-known sports journalist and commentator. Her current role is TVNZ's General Manager, Sports, and Events. She is leading the sport and event strategy for TVNZ’s coverage of global sporting events such as Rugby World Cup 2019, Paralympic Games 2020 and America’s Cup 2021.
In March 2019 she received her own Barbie doll as part of a new special edition celebrating International Women’s Day.

Mattel, the US company that manufacture Barbie dolls, honored a special group of females to coincide with their 60th-anniversary doll is part of Mattel’s Role Model line released to celebrate International Women’s Day. Source and Melodie was announced as New Zealand’s first Māori shero.

She had previously worked as head of corporate communications for Sky TV, where her job was to develop and implement external affairs strategy, manage media issues and relationships, risk and crises management, and political engagement.
She played rugby union at international level – winning two world cups with New Zealand’s women’s team – the Black Ferns.

Playing blindside or openside flanker, she played in 18 tests with the Ferns from 1996 to 2002.

While playing rugby at the elite level she gained a BA from the University of Otago, as well as studying Journalism in Wellington. Her first work was in radio – working at the press gallery in Wellington covering politics.

Her obvious ability and passion for sports led her to become the online sports producer for Xtramsn.co.nz. While working at Xtra from 1998 to 2002 she produced innovative sports websites like allblacks.com and teamnewzealand.com.

She is the regular host of Super Rugby and ITM Cup build ups, hosts the ANZ Championship and international netball build-ups, and is, of course, a regular on World Rugby's Women's Sevens Series as a commentator.

"Melodie was amazing – such a great MC, she was so natural and engaging up there, so glad you recommended her! Everyone was really impressed and she got great feedback J it was refreshing to have a female MC as well!"