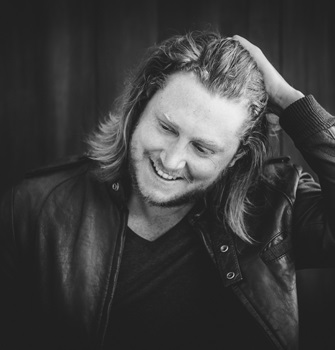 Hamilton-born and Wanganui-raised, a farmers son and trained criminologist, an award-winning bar fly...and genuinely lovely guy, Matt Stellingwerf is a man of contradictions.

He expertly brings these contradictions to the stage with his typical low-key style and confidence, finding the humour in topics as diverse as love, mental illness, sex, drugs, and this crazy interview he once conducted with a serial killer on Death Row!

A fast rising star on the New Zealand comedy scene, and highly regarded by his peers, Matt has won four NZ Comedy Guild Awards, been nominated for several others, and was nominated as Best Newcomer at the 2014 NZ International Comedy Festival.

He has performed extensively around New Zealand, from Cape Reinga to Invercargill, and everywhere in between!

On television you may have seen him on Maori TV Crack Up, and getting shot with a crossbow in a strip club in TV ONE’s Coverband.

If you ever get the chance be sure to check out the comedian described as "...an intellectual ‘Fonze’...extremely laid back and relaxed with the audience, seamlessly having banter and keeping his cool" (Keeping Up With NZ) and "incredibly witty, utterly filthy, and undeniably loveable." (TV3).