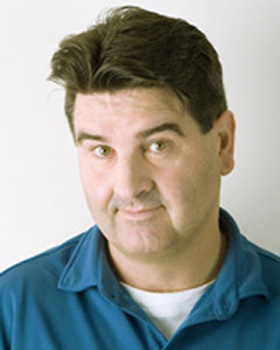 Mark Wright is an actor, comedian, entertainer and raconteur.

He graduated from the NZ Drama School some 20 years ago and worked extensively in professional theatre before embarking on a successful television career appearing in over 20 different series including the ‘Billy T James Show’ ‘Issues’ with McPhail and Gadsby, ‘That Comedy Show’ ‘Comedy Central’ and ‘Newsflash’.

He has also graced our screens in ‘What Now’, ‘Shortland Street’, ‘Celebrity Squares’, and ‘The Mean Team on Sports night’. And more recently in ‘Amazing Extraordinary Friends’

Mark has won two NZ Film and Television awards both for Best Performance. He is also a talented improvisor, being a regional, national and international Theatresports champion. He has represented NZ at Improv festivals in Sydney, New York and Amsterdam.

Mark is a professional speaker, conference facilitator and M.C. He has hosted many live and televised events; including ‘The New Zealand Film Awards’, ‘The Comedyfest Gala’, ‘Inside New Zealand’, ‘The Radio Awards’, ‘The ALAC Sports Awards’ and ‘The Smokefree Stage Challenge’. At present, Mark is in high demand in the corporate field as an entertainer, MC and presenter coach.

For many years Mark has been involved with a number of charity organizations. In 1999 Mark was made a New Zealand Ambassador of Variety International-The Children’s Charity, and in 2007 received a Presidential Citation for 10 years of service to Variety.

Despite all of this, Mark is perhaps most well known as New Zealand’s original “ODD-FELLOW”