Outspoken and not afraid to challenge the establishment, Mark Watson has for over ten years carved out a niche as one of New Zealand's, sporting media’s, most polarising figures. His strong opinions and outspoken views on Radio Sport and Newstalk ZB have not always been appreciated but they are derived from his vast life experiences in sport, from having been a professional athlete to consulting and working with Olympic champions.

Mark will take you behind the scenes to look at Olympic commentary, athletes such as Hamish Carter, Ben Fouhy, Tom Ashley, Valerie Adams. Compelling stuff!

He is an accomplished commentator having worked at three Olympic Games and two Commonwealth Games. He has a very strong following whenever he for New Zealand and overseas media. He is in demand as a keynote speaker and MC.

Mark will take you behind the Microphone and share some of his more memorable moments on air, the pressures of calling an Olympic Games 100 meter final to disclosing the subtleties of talk-back radio while lifting the lid on one of the most cutthroat industries there is. 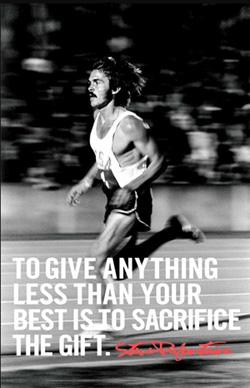 Let Mark take you on a journey of outlandish moments on radio, and the bits you don't get to hear, his interviews with some of NZ’s biggest names in sport, to his views on what separates good athletes from great athletes. And how this can be applied in business.

In particular, Mark can speak with authority on mental health, resilience, and wellbeing, from a personal point of view and how leading sporting figures handle stress.

A highly inspirational speaker Mark can take your team on a journey of what makes outstanding performers in life, sport and business, Mark should know, his experience in sport is vast from having studied sports marketing in Canada to have competed at the highest level at the famous Hawaiian Ironman World Championship to working with and coaching Olympic champions.

He is in demand as an after-dinner speaker where his on and off the field anecdotes make great entertainment. What's the difference between good performers and great performers?

As an MC Mark brings his commentating and radio skills to bear as he maintains the momentum of your business conference.

If you are wanting that "Winning Edge", that point of difference then you should have Mark Watson at your next event.

Time permitting ask Mark to tell you about the scariest moment, for him, in New Zealand sporting history. The time he got into the ring with Jesse Ryder on the undercard of a Shane Cameron title fight.

"Mark was great! His humor and knowledge had everybody transfixed for the full 60 minutes. Rather than lecture, he took us all through a journey following the experiences of well-known figures and his own journey of self-doubt and depression"

"Thank you for recommending Watto, he was a very good choice. He is very entertaining and has great humor but knows how to get his points across and everyone is still talking about "Sally" and Mark's general approach to life. Very down to earth and real. Just what we needed."

"One of the best speakers we have had. Nice to hear what really goes on behind the microphone in the sporting world. The sporting/business analogy was very well handled. He's a real pro."