Black Sox head coach Mark Sorenson now has five world softball championships gold medals - four as a player and one as a coach. 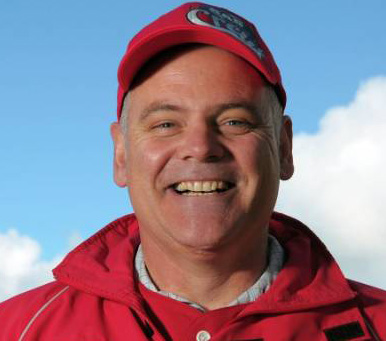 The former Black Sox catcher became only the second New Zealander to win world softball titles as a player and a coach when he guided his young team to a 6-4 grand final win over Australia in Canada in July 2017.

Mark has been in charge of the Black Sox for two world tournaments since replacing Eddie Kohlhase, the only other dual champion as a player (1984) and a coach (2013).  In 2010, Mark was inducted into the International Softball Congress Hall of Fame.

He has a busy business career and said it was too early to say if he would seek to lead the team to the next tournament in Prague in 2019.

As well as maintaining his highly successful sporting career on the playing field, Mark has turned his hand to coaching. He coached the Under 19 Junior Black Sox at the World Series in 2005.

Mark’s presentations are both inspirational and entertaining. His story covers how the team did it the “hard way” using discipline and dedication as tools to success. Following their triumph at the 2004 World Championships, on home ground in Christchurch, the Black Sox have arguably become New Zealand’s most successful sports team.