Developed the character "That Guy" Leigh is a unique talent for any event. 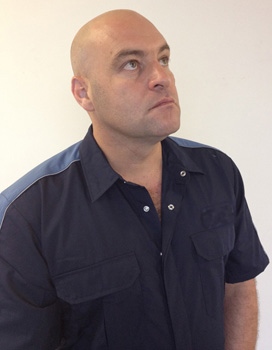 Irreverent entertainer and personality Leigh Hart was born into a coal mining family on the West Coast, but soon found himself living overseas for the bulk of his childhood. The family followed his father who was a tunneler to exotic countries like Indonesia, Hong Kong and Peru where he lived for 5 years in a remote valley in the Andes, higher than Mt Cook.

He later attended Christ's College in Christchurch as a boarder before briefly following in his fathers footsteps and working under the ocean as a tunneler on the Channel Tunnel.

Leigh however considered himself more of a musician than a tunneler so he started a rock band with his brother. The band toured the UK and Europe before getting sent to jail for 11 days and then deported from France for visa technicalities.

Around this time Leigh saw his future in television - he relocated to Auckland and has never looked back, except when the Crusaders are playing.

As his alter ego 'That Guy' he was a long term member of the iconic Sportscafe team. He has his own comedy shows Moon TV and Leigh Hart's Mysterious Planet, and has made appearances on many other New Zealand shows. Leigh is also a weekly columnist for the Herald on Sunday and runs his own television production company.

Leigh has entertained at a vast array of events, and prides himself on being able to bring something different to any occasion, large or small.

In addition to live work, Leigh's production company has produced corporate video packages for many different clients including Lion Breweries, Coke, Telecom, Vodafone, The Warriors, The All Blacks, IAG, Hyundai, McDonalds, Auckland City Council, and for many small entrepunerial companies and businesses, and this is an area that Leigh is keen to develop further.

Leigh's unique talents as a performer as well a producer and director allow him to add a lot of value to any ideas, concepts or campaigns.
He can be utilised to successfully emphasise certain elements within a bigger concept, or be used as a one stop shop.

He is a proud father of Sammy and Sophia.