Jonar Nader is a digital philosopher - he's highly sought-after as a corporate presenter in the areas of technology, leadership, management,, advertising and politics in all its forms. 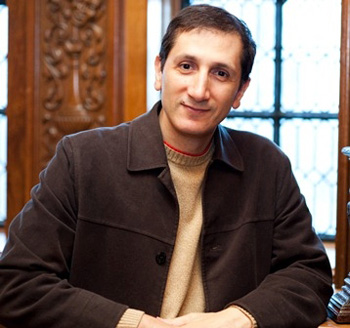 Who is Jonar Nader

Jonar Nader has worked in sales, marketing, and management for over thirty years and is now the Chairman of Logictivity Pty Ltd - a management consulting firm. Jonar's previous corporate role was that of IBM's E business Software Manager and the Network Computing Manager, where he also worked with the IBM Olympic Committee, and was IBM's industry and media spokesperson for deep-computing and high-technology. Previous roles at IBM included the Consumer Manager for Asia Pacific South, responsible for ASEAN countries.

Before joining IBM, Jonar Nader was the Sales & Marketing Director at Acer Computer, where he was also the General Manager of Acer Software Pty Ltd. Prior to that, he held senior marketing positions at Compaq (now HP), including roles as Manager of Communications, Distribution, Education, and Retail. Jonar also worked for giant retailers Woolworths and then Grace Bros and Myer, and was their youngest manager. In all, he has worked at Australian, American, Japanese, Chinese, and German corporations. Today, his clients are located around the globe.

Jonar Nader is the author of the best-selling Prentice Hall's Illustrated Dictionary of Computing (Pearson) now in its third edition. He is the technology writer for Butterworths' Legal Dictionary, and the Student's Legal Dictionary. He was also the Technical Editor for the Consumers' Association publication called How to Buy a Computer. With his intimate understanding of technology and society, he is often called upon to serve as an Expert Witness to the legal profession. He was the co-founder of the Australian Information Technology Society, where he served for six years.

He has edited and written for a range of international fashion, art, and advertising magazines, as well as Formula One racing magazines, and he has written for technology and management journals. He is a broadcaster and social commentator for radio and television, having conducted hundreds of interviews and lectures. Jonar has served as a Director of The Australian Centre for Languages, and as a Director of The Sydney College of Divinity.

For over twenty years, Jonar Nader has conducted courses on technology, leadership, management, thinking skills, employee engagement, teamwork, advertising, change, fraud, terrorism, and politics. He also taught for three years at the Australian Institute of Management and three years at the Department of Technical and Further Education. He is an award-winning debater, arguing cases relating to censorship, security, customer service, technology in education, and technology in society. Jonar now combines his professional skills with his communication skills to deliver captivation keynote presentations at major conferences, or executive workshops for private clients.

He co-founded the New Leaders' Forum (where he served for six years) funded by Johnson & Johnson, McKinsey & Company, and Qantas. He was also a member of the steering-committee of the New Leaders' Foundation whose lectures have been held at the Royal Military College, Duntroon, and the University of New South Wales.

Jonar advises Directors and CEOs at board-level, assisting with strategic planning and organisational growth. He is also an executive adviser and assists senior executives when they need technical, professional, market, or management advice.

Leadership in the modern world

Technology - the good, the bad, the ugly

How to lose friends and infuriate people

The impact of technology on marketing

Understanding risks in the digital age

Secrets to success in the networked world

An excellent presentation. Informative, full of commonsense and, most important, highly entertaining. As a result, we finished a very serious conference on an optimistic high note.

Cement and Concrete Association Of Australia

Highly thought-provoking. Rated one of the best presentations in recent years. Thanks for giving us the opportunity to think outside the dots.

Jonar was great. One of the highlights of the conference