Jim Hainey speaks about every aspect of motivation, Personal Best, and debunks a few myths along the way. #resilience, #personalbest #humour #self hypnosis 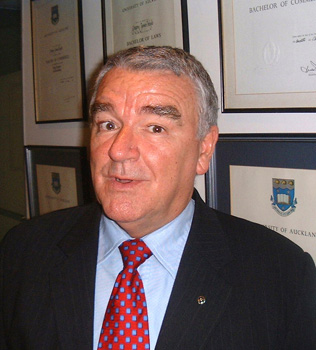 He took Drake from a start-up operation in 1975 to be the largest recruitment company in New Zealand. This led to his role as VP North America and Australasia. During his time at Drake, he developed new service initiatives which were ahead of their time and cultural team building initiatives that made Drake the global leader in staff and team development. Drake staff were much sought after within the industry.

Drake was acknowledged as having the best talent identification program and staff development program anywhere in the world. He instigated initiatives that saw women recruited into sales representatives for the first time in New Zealand. Up until then, the sales role was a male-dominated profession. He is a strong advocate and speaker on Diversity and Customer interface.

He has held senior positions with Wella Australia, The Pharmacy Guild of Australia, a delegate to the ILO (International Labor Organization) in Geneva, President of the New Zealand Federation of Personnel Services, and Director of the Auckland Chamber of Commerce.

He has worked as a motivator and mental coach to a number of sporting bodies including;

In 1991 he became a professional speaker, based in New Zealand, and brought to New Zealand the "Psycho-Cybernetics" model which focuses on identifying the self-image and belief systems. The main limiter in human performance. He has spoken on this subject in 8 countries.

If you have a performance issue of any kind Jim can bring a new approach to identifying and moving forward, all within an entertaining keynote presentation.

His speaking clients include;