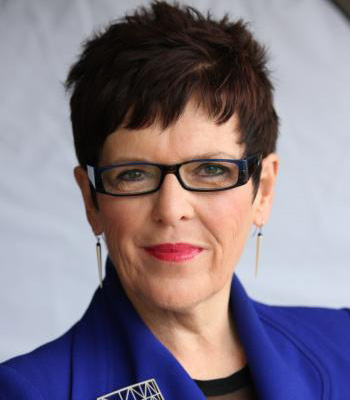 Dame Jenny Shipley is a Former Prime Minister of New Zealand and now an independent Director and key note speaker tracking mega trends globally with particular expertise on the Asia Pacific region. She has served as an independent Director on the Shanghai and Hong Kong listed China Construction Bank for 6 years and now chairs the NZ subsidiary China Construction Bank NZ Ltd. She also chairs the former SOE and now NZX and ASX listed company Genesis Energy and a number of other companies and organizations. She has just completed a 15 month project chairing the Governments Advisory Board on Transitional Arrangements for the Canterbury Earthquake Recovery Authority.

Dame Jenny Shipley was the 36th Prime Minister of New Zealand holding office from 1997 to 1999 and the first woman to do so. In the preceding seven years she held a number of Senior Ministerial positions in the New Zealand Government where she took a leading role in New Zealand’s very significant economic and social reforms of that time. As Prime Minister she chaired APEC in NZ in 1999, again the first women to do so. In 2002 she retired from NZ politics having served 15years in the New Zealand Parliament and returned to the business sector.

Dame Jenny has and intense interest in emerging economies in the Asia Pacific region and is a regular visitor to China. She is a Board member of the Boao Forum for Asia and the Beijing based International Finance Forum and was an Initiator of the Education Forum for East Asia. She is an Executive Board member of the New Zealand China Council. She has recently retired as chair of Global Women NZ , she co-chairs NZ Women Corporate Directors and NZ diversity initiative Champions for Change. She is a retired Vice President but remaining board member of the Club of Madrid, a group of 104 former Presidents and Prime Ministers involved in leadership development globally.

Dame Jenny has been married to Burton for over 40 years, is the mother of two adult children and grandmother to Otis, Flynn and Zara.

Her passion is working with leaders who have the courage and competence to help “shape the future” of their companies and their country.