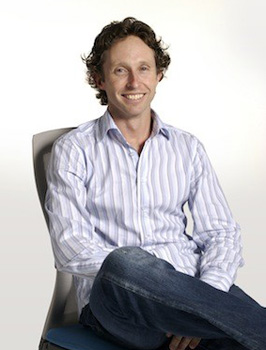 With his breakthrough 3rd placing in the 1993 ITU World Championships, Hamish has rarely finished outside the top 10 in any race he has competed in - a remarkable feat in any sport. This determined Kiwi athlete held the ITU number 1 world ranking more than any other athlete. In his recent years of competition Hamish demonstrated that he had lost none of his drive with a hard-earned bronze medal at the 2002 Manchester Games and a victory in the 2002 Oceania Championships.

2004 saw him finally winning gold at the Athens Olympic Games in fine fashion where his passion for winning kept him going.  He won the Sportsman of the Year award that year, and though he continued in the sport, finishing sixth at the 2006 Melbourne Commonwealth Games, he always knew he had climbed his Everest.  In 2005 New Year’s Honours list he was awarded the NZ Order of Merit for services to sport as a triathlete.

By the time he departed the international scene, Carter had an Olympic gold medal, had been ranked No 1 in the world in his sport and had had a prolonged time at the top – he was 35 when he raced at Lausanne.

Hamish expects a lot of himself and says it’s taken him 10 years to figure out that the focus is putting the swim, bike, run together and not on what others around him were doing.  His success in his sport is based on a persistent dedication that has kept him ranked among the top triathletes in the world, over the past few years.

Hamish is now interested in kite boarding and big wave surfing and he’s even expressed an interest in racing the Coast to Coast. Whatever the choice, his competitive kiwi spirit will always ensure he wants to be at the top of whatever he focuses on!

More recently, Hamish attended the 2008 Beijing Olympics as an ambassador to the Olympic Team.   He knows how the Olympic Games puts pressure on the athletes to cope. They train hard, they commit their life to attaining a level of perfection … they show courage, persistence and a fascinating determination. Whether they are medal winners or not, they put everything into chasing their dream. These are truly awesome individuals who can teach us so much about greatness.