Greg Murphy is one of the greats of motor racing and a Kiwi motor-racing Legend. 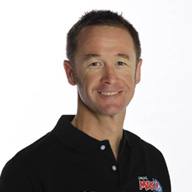 Greg Murphy or "Murph" to his many fans is New Zealand's highest-profile V8 Supercar driver. With memorable victories in the highly coveted Australian Sandown 500 and Bathurst 1000 events in 1996, he established himself as world-class.

Now in great demand as a conference speaker and motorsport icon - Murph left his mark on the sport of V8 Supercars, with over 400 V8 Supercar race starts, multiple Bathurst 1000 wins and appointments with some of the highest-profile race teams in Australasia, Murph is rightfully considered one of the greats by fellow competitors and fans alike.

His flagrant disregard for detractors and adversity has resulted in some of his most memorable performances despite the odds. An attitude applied to both his life and business decision making.

Murph's no stranger to reaching 300km/h on the track, but the Kiwi V8 Supercar legend preaches safe speeds and smart decisions when it comes to driving on the road. He is the face of the Motor Trade Association's in-school road safety program 'Murph in Schools', that has been running for eight years and he has been tirelessly advocating for widespread safety improvements in driver training, vehicles and road systems for some time. He worked alongside the Motor Trade Association to create an in-school road safety program "Murph in Schools", which started in 2010. In 2019, he worked alongside Holden New Zealand to develop a new road safety program designed for young drivers.

Off the track, Murph is a dad to three young children, has his helicopter pilot's license and in his spare time cycles to keep fit.

And, like Father like Son Murph's 18-year-old son Ronan, will go stateside in 2020 and take part in the United States Formula 4 Championship - his first foray into international competition.  Ronan will complete the 2019 campaign in the New Zealand F1600 championship before heading over to the USA to compete with the successful Kiwi Motorsport team in the category.

Murph has now taken on a different role than behind the wheel and is commentator during the races and a motorsport TV Presenter. In 2014 he teamed up with Steven McIvor ‪‎to present SkySpeed from IMS HQ - on Sky Sport 4. In 2009 Jeremy Clarkson and Richard Hammond asked Murph to join them when "Top Gear Live" visited New Zealand. When it returned in 2010 with James May at the wheel Murph again was the special guest. 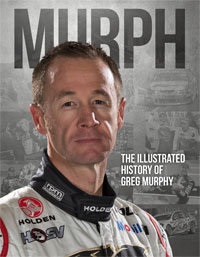 In October 2015 Murph released his book Kiwi motorsport legend Greg Murphy took a look back at his career for his new book Murph – The Illustrated History. See interview with Paul Henry

He is a must-have speaker if you’re wanting to address leadership, high performance, staying motivated under pressure and the true meaning of teamwork!