Geoff Ross former advertising man now founder and driver behind one of the World's top vodka brands. His is a wonderful success story. In 2007 he sold the company to Bacardi for a reported $138 million. 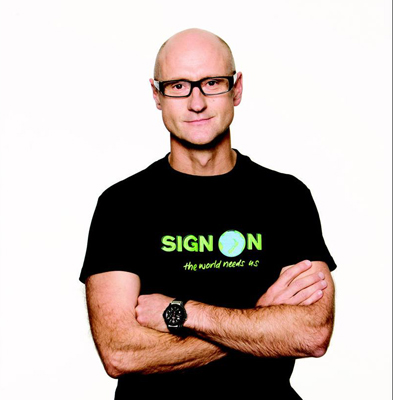 It all began in 1996 when former advertising man Geoff Ross had a moment of clarity. There was no reason why New Zealand could not produce premium vodka from its own resources. There was nothing stopping him from being the one to do it. Take a look

So he bought a still, did his research and took the first steps developing what is now an International award winning brand.

With no experience but a whole lot of passion 42BELOW began in the Ross family garage through trial and error and of course a little taste testing.

Today 42BELOW is rated first equal, of all vodkas worldwide. 42BELOW is in 10 countries worldwide, and this list is growing. The Ritz London, Beverly Hills Hotel , LA and more than 4,500 of the best bars worldwide now stock 42BELOW. 42BELOW is now listed on the New Zealand Stock Exchange, and has over 40 staff placed in key markets worldwide

Since 2002, 42BELOW sales have sprung from 50 cases a month to over 3000. In 2004 just two years after it was no more than a fanatic’s hobby, engineered from a Wellington garage. 42BELOW was in eight countries and had over 4,000 stockists.

For Geoff Ross this is just the tip of the iceberg, a groundswell of growth in a big market that is getting bigger. And Geoff has reason to be confident: 42BELOW was judged as one of the world’s two best vodkas in a competition run by UK newspaper ‘The Independent’. ‘The Economist’ has employed 42 BELOW'S approach for an article about unique marketing methods.

And their Vodka U programme for bar tenders is now operating in the US, UK, Canada and Australia.
Celebrity parties hosted the Emmys, Oscars and Fashion magazine Elle have all selected 42BELOW as their vodka of choice.

Hear this remarkable story from the man who had a vision and the passion and belief to make it happen.