Dick Tayler is best known for his triumph in the 10,000m at the Commonwealth Games in Christchurch in 1974, where he won gold and still holds a game record for his time of 27 min 46.4 sec. 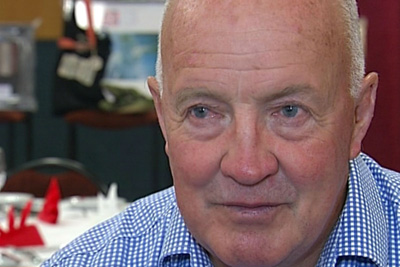 Dick Tayler is best known for his triumph in the 10,000m at the Commonwealth Games in Christchurch in 1974, where he won gold and still holds a game record for his time of 27 min 46.4 sec.

Dick has had his share of highs and lows through his life from being ranked number one in the world for 10,000m in 1974, to becoming bed ridden with Arthritis 12 months later. It took three years before he was able to get back into light jogging, but his athletic career was over.

Dick has had an interesting life from farming to harness racing, where he held the position as New Zealand's Marketing Manager for five years before moving to DB Breweries where his first job was to visit every pub in the South Island.

Dick is real people person, who left the family farm because he missed being around people. He is a very keen rugby man and is the President of the Canterbury Rugby Supporters Club and he holds a very high profile in the Canterbury province.

A well sought after dinner speaker, Dick has a great ability to mix a brand of serious and lighthearted humour and is also a great motivator. Prior to the Crusaders match against the Waratahs, Dick was asked by Robbie Deans to speak to the team and hand out the playing jerseys. People are asking, 'What did Tayler say?' Of course the Crusaders went out and thrashed the Waratahs by 96-23.

Dick has many interesting stories to tell and has met some interesting people. Arthur Lydiard played a major part in Tayler's success in 1974 and how he prepared Richard, as he was known then, for that memorable race, is a must hear.

Dick Tayler is versatile enough to speak with any group or organisation and is also a fun and entertaining MC for all functions.