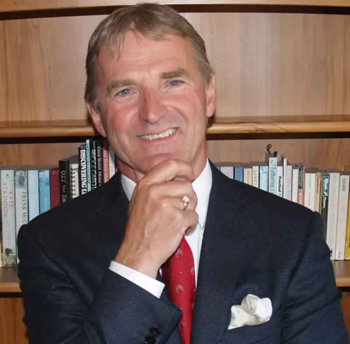 DAVID PARMENTER is a writer, facilitator and an international presenter who is known for his thought provoking and lively sessions that have led to substantial change in many organizations. He is a leading expert in the development of winning KPIs, replacing the annual planning process with quarterly rolling planning, and management and leadership practices that will get you to the top. David has delivered workshops to thousands of attendees in many cities around the world including Sydney, Melbourne, Kuala Lumpur, Singapore, Tehran, Riyadh, Muscat, Johannesburg, Rome, Dublin, London, Manchester, Edinburgh, and Prague through professional bodies, event management companies and to organisations who want to implement his work.

His stated vision is to “change how leading organisations, around the world, measure and manage performance – by 2030″. John Wiley &sons Inc. have published his four books, “Key Performance Indicators – developing, implementing and using winning KPIs” in January 2007, and the 2nd Edition in March 2010; “Pareto’s 80/20 Rule for Corporate Accountants” in April 2007 which was reissued as a second edition in a new title  ”Winning CFOs: Implementing and Applying Better Practices”, in April 2011; “The Leading-edge Manager’s guide to success – Strategies and Better Practices”, in April 2011 and “Key performance Indicators for Government and Non Profit Agencies” May 2012.

His work on KPIs has received international recognition in both private and public sectors. Agencies within the Australian, Singapore and Malaysian Governments have commenced implementations.  His in-house workshops have covered a wide variety of entities including the European Space Agency, Insurance, Banking, Manufacturing, Property development, Agriculture, Construction and Professional bodies.

David has worked for waymark solutions (his benchmark and better Practice Company) Ernst & Young, BP Oil, Arthur Andersen, and Price Waterhouse Coopers.  He is a Fellow of the Institute of Chartered Accountants in England and Wales. He is a regular writer for professional and business journals and his articles have received international awards.