Australia’s #1 Speaker And Entertainer For Your Conference or Event. 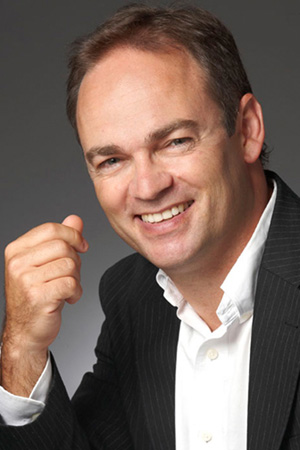 A successful keynote speaker and businessman, Darryl Lovegrove is also a multi-awarded performer who has been wowing corporate, theatrical and event audiences for over 20 years. A skilful MC who can also perform a diverse repertoire from opera to musical theatre and contemporary classics is a sure-fire way to keep your guests well entertained.

As an MC, Darryl takes the stage singing 'The Toreador' song from the opera Carmen. A dynamic, uplifting and surprising way to start the evening, this immediately signals to guests that they are in for something different. He then assumes official MC duties and at an appropriate point in the event, and can incorporate a solo performance ranging from one-two songs through to a full 25-minute feature act.

Best known for his portrayal of Jesus in Jesus Christ Superstar, for which he won NZ’s 'Rising Star' Award and an Australian MO Award nomination, he also appeared in Les Miserables, Chess and alongside Sarah Brightman in The Music of Andrew Lloyd Webber.

Well respected in the rock arena he has performed with original members of Split Enz and the NZ Symphony Orchestra and toured with rock legend Glenn Shorrock performing the music of Lennon & McCartney in 'Let it Be'. He has made numerous concert and television performances.

Darryl is the co-creator of the world's most successful corporate entertainment act The Three Waiters.

Regarded as one of the finest voices of his generation and drawing on experience from a career spanning two decades, this powerful, charismatic multi-awarded performer will deliver a truly stand-out event.