Christine Rankin is the former CEO of New Zealand's largest government agencies, WINZ where she led over 5500 staff and administered $14 Billion of welfare and superannuation payments. Acknowledged as a dynamic and inspirational leader. 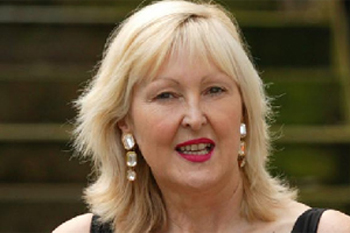 Christine’s background was very different to the traditional CEO appointments in that she came up from the bottom ranks of the Department of Social Welfare, in fact, from the other side of the counter as a DPB recipient. Her educational background was not punctuated by a University Degree.

Christine joined the Department of Social Welfare in 1978 as a temporary clerk. After holding a series of positions within the Department, she was appointed District Manager of Grey Lynn in 1987 and two years later took over the position of Director for the Auckland Central/Grey Lynn district. At 34 years of age, she was the youngest director in the country.

Christine Rankin was a ‘first’ in many aspects of her public service career. She broke the mould from the very beginning with a range of appointments culminating with her appointment to the role of General Manager of the Income Support Service and then as Chief Executive Work and Income New Zealand.

Her Leadership of Work and Income NZ saw customer satisfaction of 86.6% in her final two years, of three, as CEO, a doubling in the detection of benefit crime to, $120 million of detected fraud, and the largest number of unemployed placed into jobs in the history of the NZ Employment Service despite a significant downturn in the economy.

On change of Government in New Zealand, she became the subject of national and international attention when the new Labour Government decided not to continue her employment contract despite the organisations outstanding results.

Since the controversial ‘trial’, Christine has been a columnist for the NZ Herald, a keynote speaker at many national conferences, a commentator on radio, public relations and marketing campaigns and consulted internationally on management and leadership.

Christine is committed to New Zealand and furthering her work in developing leadership at the individual, corporate and government levels. She is able to share her insights in a number of areas from leadership, passion and innovation, to changing organisations, human behaviours, and political/social issues, as well as her own personal story about making it against the odds.

"Christine was an outstanding manager in a demanding environment, and a talented CEO who was able to motivate her staff and get them to lift their performance and deliver results beyond expectation.

She has a flair and presence but is also competent and able. She is capable of taking on significant challenge and achieving results."

Christine Rankin's passion for leadership and belief in the power of individual potential is the centre of her continuing work. Christine continues to maintain a high profile in the New Zealand Media having been a columnist for the NZ Herald, and commentator on Television and Radio.