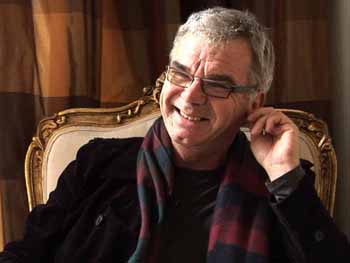 Bill Ralston's career as a journalist and broadcaster, working in television, radio, print and online in New Zealand spans more than thirty years. His strongly expressed views have made him a controversial, but always interesting broadcasting figure.

He studied politics and history for his Bachelor of Arts at Auckland University, and in 1979 joined second channel South Pacific Television as a cadet, then moving to a general news reporter position in Christchurch and Wellington.

In 1981 he was seconded by TVNZ to the BBC for six months, and worked as a reporter for a Welsh news programme in Cardiff. He returned to TVNZ in 1982, joining the parliamentary press gallery as a political correspondent for One News.

During his time with TVNZ, Bill had many memorable and noted experiences! Facing off against Prime Minister Rob Muldoon and who could forget the 1981 Springbok tour where hen rushed to get the footage to air. Bill also had many foreign correspondent roles in the mid 80s reporting for TVNZ from across Asia, and was shot at in a Soweto school during a 1986 rebel Cavaliers tour of South Africa.

Bill spent two years as a reporter for TV1 current affairs programme Frontline, before joining new channel, TV3 as Political Editor. Hewould be at the channel for five years. During his time there he hosted a ten-minute current affairs slot for TV3's 6pm news bulletin, while offering a far more irreverent take on politics on late night show Nightline - introducing his slot with the infamous catch-cry 'Yo Nightliners'.

Bill Ralston has been at the forefront of some of television's most innovative moments; good and bad. Aside from the gonzo satire of Nightline, he wrangled politicos, journos and other opinionated hard heads over multiple seasons of talk show The Ralston Group. After leaving TV3 he spent three years hosting successful arts and media show Backch@t, and editing Metro magazine. Much like himself, the programmes were irreverent, informative, sometimes intelligent and always provocative.

In mid-2003 Bill begin arguably his most controversial role, as head of TVNZ news and current affairs.

He left TVNZ in January 2007. Since then he has worked as a freelance journalist and columnist for The Listener, The NZ Herald, and Radio Live host. He has also had cameo roles in satirical show The Jaquie Brown Diaries and who could forget Bill in the opening scenes of Peter Jackson classic Braindead.

Following TVNZ Bill worked as a writer and commentator with a weekly Life column in the NZ Listener, a political column in the Herald on Sunday, and the twice weekly Media Scrum blog on stuff.co.nz.

Bill and his wife Janet Wilson now run their own communication company which specialises in media training, political strategies and crisis management.

Bill is an accomplished speaker, master of ceremonies and conference discussion facilitator, mixing his perceptive analysis of politics and modern life with humour and insight.